When you book with an account, you will be able to track your payment status, track the confirmation and you can also rate the tour after you finished the tour.
Sign Up
2187

We Will  pick you up from your hotel to visit the Hassan II Mosque before departing to Rabat. In Rabat you can visit the Royal Palace, the ruins of Chellah, the Mohammed V Mausoleum and the Hassan Tower.  Then we depart to Meknes where we will have dinner in the restaurant overlooking the square opposite the Bab Mansour gate and we stay in a local hotel.

After breakfast we will take a tour of Meknes which include El Hedim square, Bab El Mansour, the massive gate which is the entrance to the old city and the Jewish quarter, the Royal Granaries & the city rampart. Then we will departure via Volubilis, the Roman ruins and Moulay Idriss, the holy town and an important place of pilgrimage where the founder of Morocco’s first dynasty is buried. We will continue onto Fes where we stay overnight.

You will have a guided tour of Fes to visit the Médersas Attarine, Fontaine Ennajarine, also Mausoleum of Moulay Idriss and the Karawiyin Mosque. This tour will include a visit to the tannery and the ceramics cooperative to see the traditional moroccan crafts. You can spend the afternoon exploring the fascinating medina before having dinner at a local restaurant. We spend another night in Fes in a local riad/hotel.

After breakfast we will depart for Merzouga through the Middle Atlas region. We will drive through Ifrane – the ‘Switzerland’ of Morocco and the cedar forests of Azrou. Here you can stop to hand feed the monkeys. We will continue to Midelt where we will have lunch and then we follow the Ziz River through the valley and stop to see the Ziz Gorges on our way to Merzouga. We also pass cities Erfoud (possible to see Fossils products) , then Rissani and finally we get Merzouga desert.

Today we will explore the desert region and the Erg Chebbi desert dunes. We will make a circuit of the desert dunes where you will have the opportunity to see the nomad’s way of life and the amazing changing contrasts of the desert.  We will visit the ‘black village’ of Khamlia to see and hear the Gnawa musicians. We will have a traditional Berber pizza for lunch in the ancient capital of Rissani.  In the afternoon we will ride the camels to see the sunset over the dunes and spend the night in the desert camp. We will have a traditional tagine dinner, we will drink delicious local mint tea, we will listen to traditional Berber music while watching the stars and the rising moon in the amazing Sahara desert.

Today early in the morning , our camel guide will wake you up to watch the sunrise in the Merzouga desert. After that we ride camels back to the village . After shower and breakfast in the riad, we’ll head to Rissani , Tinghir, and we reach Todra gorges which is the highest, narrowest gorge in Morocco. Here we may hike within the valley, and after lunch in the gorge we will continue to the Dades valley, where we’ll enjoy sand castles and also the rock formations called “monkey toes”. We stay in Dades Gorges in a local hotel with dinner and breakfast.

Desert Sahara Tour continues and after breakfast we drive towards Ouarzazate passing the way of the thousand Kasbahs. We will stop at Kalaat Mgouna ,which is the centre of roses valley where we may visit the local cooperative for the roses. Then we continue our private Morocco tour via the Ait Ben Haddou , local kasbah has been built by Et Hami El Glaoui by the 19th century. We cross Tizi n’Tichka mountain Pass at 2260m over the High Atlas mountains. Then we continue to Marrakech ..

Today we will have a guided tour of Marrakech . You will explore main attractions and monuments of the city including famous Jamaa el Fna square , Kotubia mosque , souks, palaces,museums. We also explored a new part of the city called Gueliz, gardens Menara and Marjolle. We will stay in Marrakech in a local hotel for the next 2 nights with dinner and breakfast.

Today after breakfast we will depart to the coastal city of Essaouira, a picturesque and coastal town, lying on the southwest coast of Morocco..  Along the way we will have the opportunity to see the goats climbing the argon trees. In Essaouira you will have a perfect opportunity to enjoy tasty fish-lunch in a local restaurant. We will also explore local souk. We will stay in Essaouira for next 2 nights in a local riad/hotel.

We will spend the morning relaxing in Essaouira before leaving early afternoon and we arrive to Marrakech or
Casablance around 4pm and that will be end of our tour. 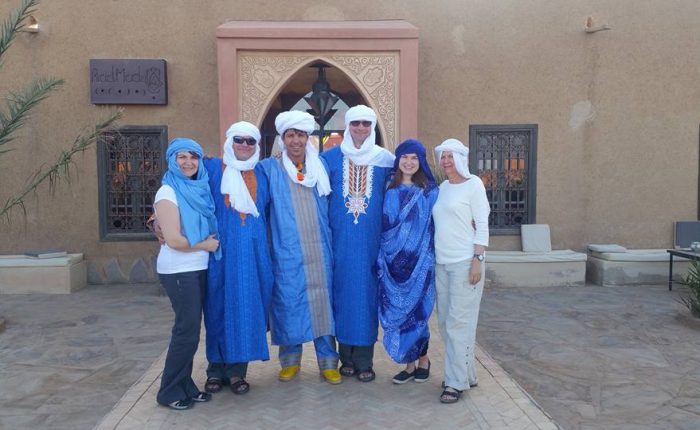 3 Days 2 Nights FROM FES TO MARRAKECH 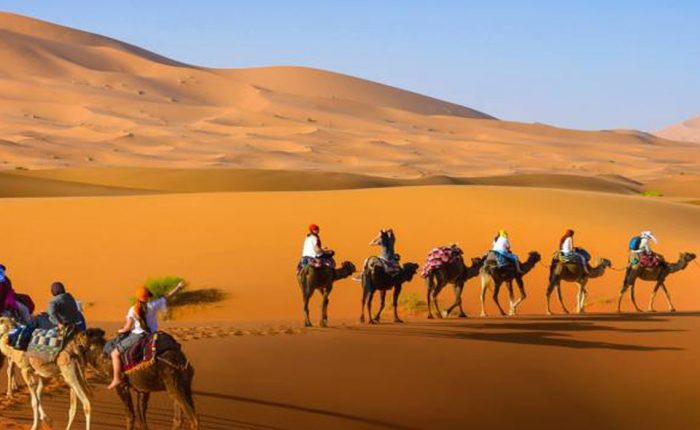